Body Shaming : A Culture Need To Be Change

Body Shaming : A Culture Need To Be Change

Body shaming is not only limited to fat shaming, but also include thinness, height, skin, hair (or lack thereof), muscles (or lack thereof), disabilities, and other physical features. Believe it or not, body shaming is not “new” or “made up” by the new generation. Human, by nature, will always judge a book by its cover. For example, acnes are usually associated to poor hygiene, overweight people are labelled as lazy, people with tattoos are rebellious, non-muscular men are considered as feminine, whereas short-haired women are masculine, etc. Even back in the Renaissance, chubbier bodies were considered ideal since it symbolizes wealth and status, whereas slimmer built is assumed poor and malnourished. Body shaming is embedded too deep into our cultur e to the level where we may not realise our comments are actually hurtful and made others lose their self-confidence.

Body image and appearance is a particularly sensitive subject matter to everyone across the age, gender, and race. Being commented negatively on your appearance will impact negatively to both mental and physical aspects of your life. The most natural response to body shaming would be to avoid seeing other people.

The victims would later develop social anxiety, depression, and eating disorders such as anorexia nervosa and bulimia. Some may become reliant on sceptical  supplements and products (e.g. slimming products, skincare products, etc) which may affect their overall health. In the end, these victims may decide to end their lives. Quoting from The Guardian, UK, 1 in 8 UK adults have suicidal thoughts over body image issue.

Some suggested that fat-shaming, for example, is a way to prompt “unmotivated” people to lose weight. They argued that the body positivity movement is sugar-coating the fact that obesity is a major  health issue. In 2019, WHO reported that Malaysia, among all the countries in southeast Asia, has the highest rate of obesity at 64%.

However, think about this, what is the point of having the body of a Greek god (or goddess), when you are suffering from crippling depression and insecurities? There are better ways to give advices and constructive criticisms, and bullying them into losing weight is definitely not the right way!

Being body-positive can be very easy, and it starts from loving yourselves and others around you!

In a nutshell, talking about body shaming culture is not a sign of weakness, but it is a sign of assertiveness. No one deserves to be bullied because of their appearances, and no amount of shame is sufficient to “help them change”. Change should be encouraged through inspiration and motivation, not malicious comments and emotional abuse. Body shaming should be stop, enough is enough!

“You’re so  skinny, you’d fly away if the wind blows”

“Your built can pass as a secondary school student”

“You look old because your hair is thinning”

“You look so ugly now! Lose some weight” 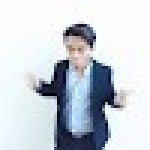